Shahid Kapoor’s wife Mira Rajput has gifted Bollywood with son Zain Kapoor in September this year. But no picture was public untill Mira posted the first one on Instagram last Friday. Some says, this new born celibrity kid looks like his grandfather, Pankaj Kapoor. And the Bollywood gossip is continuing about Zain in all kinds of media.

Zain Kapoor is drawing much attention from the day his picture debut in social media. On last Friday, Mira Rajput posted his picture and it has become extremely popular in the media. Though it is tough to say whom he looks alike but some saying that he looks like his grand father, Pankaj Kapoor.

The picture shows, Zain Kapoor is wearing a maroon Kurta and looking into the camera. He looks extremely cute and seems like, born to be a celibrity like other family members. Zain’s sister Misha draw same attention during her public appearance. 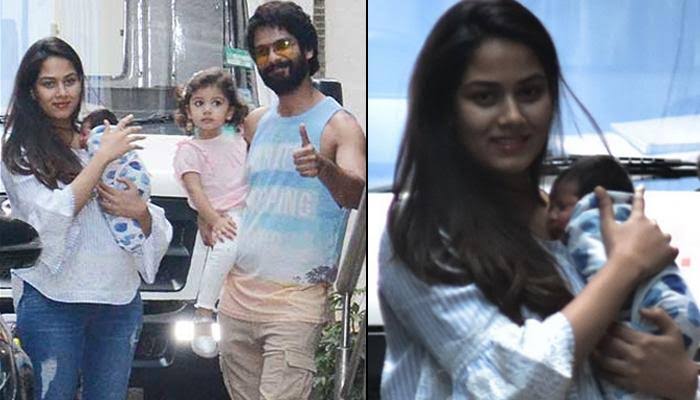 Shahid Kapoor and Mira Rajput is one of the most adorable couple in Bollywood and often discussed for their crispy chemistry. Mira gave birth to Misha Kapoor amid the media attention. While Mira was pregnant, she was almost out of social media. And for the first time Zain’s photo is public since September this year.

Another photo of Shahid and Mira shows the couple is happy. Though Shahid is seen to have thick and long beard. But Mira looks quite normal like other time. Shahid is preparing for his new movie which requires long beard. In the shared picture with Mira Shahid seems to be very happy for Zain.