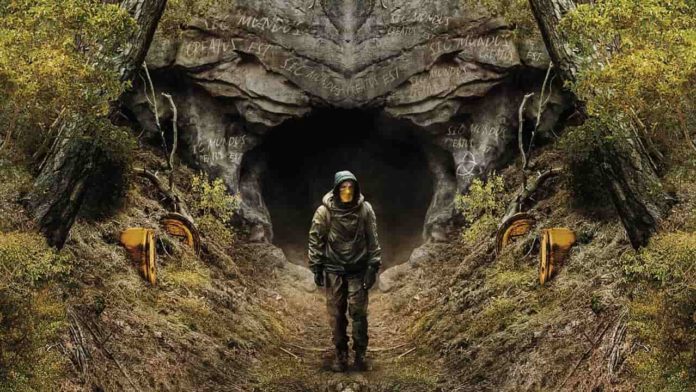 Netflix has been rushing with the German TV series Dark and it remains of the most trending Netflix series. The German phenomenon ‘Dark’ turns its last cycle. OH, it’s sad! It was planned as a trilogy right from the start. The series does not make any unnecessary detours, but prefers to stop when it is most beautiful. Whether season 3 is the final masterpiece or is it imploding under its complexity? We are going to get to the bottom of this question but let’s see what is this series bringing us and why this is so hyped?

A Brief Summary of Dark Season 3: So, what is Dark All About?

The Dark apocalypse is unstoppable, as is the eternal circle of time. After Jonas’ Senior self-named “Adam” killed his girlfriend Martha, a second Martha appears on his doorstep. And she teleports Jonas into a parallel world. Jonas does not exist in this world which is entirely different from the real world, yet some is the same.

While Jonas’ world is controlled by Adam, who tries to solve the time knot that leads to the apocalypse again and again. The parallel world is dominated by Eve; Martha’s older alias. Eva sees herself as Adam’s opponent and she wants to keep the time knot running by all means.

Is the End is The Beginning

Now that a journey between several worlds is possible in addition to the journey through time, the big unraveling of the connections begins. Whenever any invisible hand directs the action in Jonas’ world, it is really someone from the other world, Martha’s world. And vice versa.

As already suspected, the entire family tree of the Windener (at least from two or three families) is heavily dependent on the existence of Jonas and Martha. So, Jonas is needed in Martha’s world, all right? At the latest here it becomes clear that Martha Jonas has not smuggled into her world for no reason. She, too, is advised by someone who knows the big picture – and maybe misled.

For the journey through time, many worlds theory and especially the connection between the worlds, the series makers unpack properly. There is talk of Schrödinger’s cat, cesium and quantum entanglement. Everything about quantum theory remains fact dropping rather than solid science, which may disappoint hardcore physics fans.

At some point, you will see a glowing tunnel that is more bullshit despite emotionally charged scenes. But the scene is short. The series remains true to the black box aside from the dropped terms – and I think that’s a good thing. At this level, what is shown works wonderfully – what more is needed?

Nothing, because the knot is unraveled and all paradoxes open up, which is a really powerful narrative. If the family tree unfolds completely in front of you, then it becomes clear what we all suspected long ago: that in particular two or three families in winds are genetically so closely interwoven with each other, it couldn’t be closer.

Together with the other world, in which Martha virtually plays the role of Jonas in his world, Lisa Vicari automatically gets something more to do. Thankfully you have to say. Aesthetically, this is often depicted as a mirrored image in split screens and has been a beautiful, closed whole with the openings since the first season. To keep an overview of the worlds, the series uses a “warp effect”.

Many of the great directors would be jealous at least on the visual implementation of the series. The entire season is a single, hypothermic and wonderfully desolate work of art that draws you into the world of winds.

There seems to be more forest than the city, and missing persons gazes at empty streets like election posters. The series never leaves its dark gray mood, and it doesn’t have to if provides a great look so terribly good.

Finally, stories from Hollywood in Germany can be told that are also received by Hollywood without Hollywood immediately working on a new American film. This makes Dark probably the biggest “blockbuster” from Germany, ever.

The Casting Could not be Better Which Made it a Masterpiece

The casting team at Dark does what otherwise only modern deep fake technology can do. Like since season 1, the actors of the characters are stunningly different in different ages. At no time does it feel like “Young” and “Old” are two different characters. The similarity of the young and adult Peter Doppler is particularly astonishing.

The most importantly, addition of Barbara Nüsse as Eva gets a lot of screen time as an opponent to Adam . In a direct comparison, Dietrich Hollinderbäumer as Adam is a very charismatic player, and these both “prophets” of the series harmonize very well with each other.

In season 3, the cast of the normal mortals is also going a whole lot higher. Lisa Vicari and Louis Hofmann played the main characters as Martha and Jonas. They provide real goosebumps moments, especially in the last episodes of the season. But in fact, every actor in every age and version is an absolute win for the series.

Dark Succeed in the Four-dimensional Storytelling

Dark has been heavy food for our minds since the first season. It has been trying miserably to break out of the conventional “cause and effect” thinking pattern. Imagining the inevitable time loops logically is something like explaining the multiplication table to a cat which is an excessive brain strain. And yet it was precise because of the first two seasons were so fascinating. As difficult as it was to internalize a paradox of time, Dark teased out of its tricky story astonishingly.

The rules have been established. Time travel is possible, but the past cannot be changed, just as the future is already set in stone. A philosopher calls this situation deterministic, or even nihilistic. A storyteller might consider it “frustrating”. How can you tell a satisfying story when the story has already been written and the characters don’t seem to have any influence on its development?

Despite the radical determinism, the story worked brilliantly over the first two seasons. The time-traveling characters didn’t want to admit that they couldn’t actually change anything in the time structure.

The characters now know about this inevitability. But something must be able to change! Otherwise, the season 3, the final season, would be a very frustrating one. Though the solution is parallel worlds for the makers of this series.

Here two basic physical ideas collide: relativity and quantum mechanics. It is scientifically funny enough despite both concepts are proven and existent in our reality, but they cannot be combined. They contradict each other. It is probably the greatest mystery of modern physics.

What does the relativity theory say?

Derived from the theory of relativity, one could assume that time is a fixed construct, the manifestation of causality. Time is the fourth dimension, which we as three-dimensional beings cannot “see”. But if we were four-dimensional, we would see the world as a cylinder in which everything that has ever happened is piled up.

What is Quantum mechanism?

Quantum mechanism says that time is not just pure causality, but a wave of possibilities. Anything that can theoretically happen will happen. But in different worlds that is separated from each other. However, we as manifested living beings only perceive “one” of these probabilities.

So how can these concepts be combined in a story? Because according to the “advanced” quantum mechanics, reality can very well be changed. However, the introduction of quantum mechanical thoughts in Dark takes place quite halfheartedly. Apparently, there are only a handful of parallel worlds that are similar in a bizarre way, even though entire family trees are missing in some cases. Have you ever heard of the Butterfly Effect?

From a logical point of view, these parallel worlds would not have been necessary. The makers could have made the last season of Dark much slimmer, which is more dedicated to the characters instead of getting bogged down in the confusion between time travel and parallel worlds. Therefore, if we think from a logical perspective, the series would have worked better without this multiverse.

In the series, the previously established rules seem to contradict each other more and more. We as viewers are overwhelmed, especially in the first half of the season. The ratio between answers and new questions is 1 to 9.

Does the Series Explain Too Much or Too Little?

Dark master’s visual storytelling is a perfection. Almost every shot shows us landmarks, such as family photos, objects or even hairstyles of characters that make the complexity of the story more bite-sized. But also, sound effects, like the “Wuush” sound that sounds every time we jump in the world, helps to keep track of things.

The series is much more awkward in explaining the story in words. Apart from a neatly placed 80s science show, which clearly illustrates the thought experiment about “Schrödinger’s cat”. The script usually only fires empty words, like “The beginning is the end. And the end is the beginning.”, Or “Everything comes as it should.”. If these are not sufficient, we will be killed with concentrated exposure blocks.

Ultimately, a mystery format doesn’t have to explain everything. But actually, a large part of the third season consists of “explanations” of how something actually works.

Dark does not go the way of a 2001: Odyssey in space, which leaves a lot of freedom for your own interpretation. Dark is math. Either your equation is correct or it is incorrect. If I were a math teacher, I would have to deduct a few points from season 3, with the footnote for example “Derivation incomplete”.

If you see from various perspective, one version of yours will love the final season, the other won’t. A lot of the audience is almost moved to tears by the emotional climax. The other version tries to understand that the last twist is not a logic hole.

Ultimately, the series breaks short of the end with a fixed rule of the dark cosmos. This breach of the rules is explained. But if we apply this explanation to the whole plot and imagine other scenarios that this breach of rules could bring about, then the end actually doesn’t seem logical.

It feels like season three plot has been tweaked to get out of this finale. In fact, it’s also a bittersweet, emotionally gripping, and romantic fadeout that is cinematically hard to beat. But we would have wished that logic had become more apparent in some of the recent events. 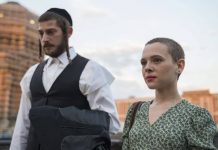 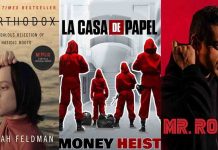 Best TV Series You Must Watch in COVID-19 Lockdown