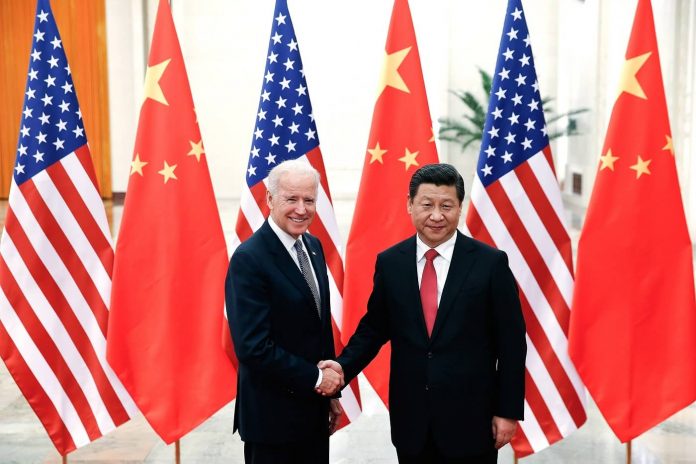 In America, the change of power took place at great difficulty. With embarrassing, after-democracy-defying-aftermath, Donald Trump handed over the White House key to Joe Biden’s Democratic team and failed his Pre-planned Apocalypse. The former president has had little foreign policy success, the more he places a burden on his successor. Let’s see the Far Eastern inventory.

Is America First or Is It Getting Lonely?

In this area, Trump’s perhaps most unexpected move, which has caused many surprises with its incalculability and innocence, was its opening up to the North Korean regime. As the first incumbent U.S. president, he met dictator Kim Jong-un there three times. Washington urged immediate, complete, and verifiable nuclear disarmament with Pyongyang hoping for a gradual lifting of stifling sanctions. Both expectations proved futile. It is not possible to build (seven) bridges between the two.

In December, yet a senior chief of the Washington State Department even urged another hasty January talk with Pyongyang. The North Koreans have not resumed the stalled dialogue with the outgoing president’s diplomats. True, Biden’s efforts to restore former “normalcy” hardly fit into the rather hopeless plan to reconcile North Korea.

South Korean President Mun Jinan is urging the resumption of dialogue between Washington and Pyongyang, as well as the resumption of North-South talks. Meanwhile, he spoke with caution that he did not want to take a stand on the issue of the American-Chinese tug of war.

Although South Korea appears to be overly interested in resolving the peninsula’s affairs (at least in reducing tensions), Trump’s diplomacy, reminiscent of a stockbroker, is not very favorable to Seoul.

A good example of this is that the outgoing president has already announced when he takes office that he is putting pressure on his Far Eastern allies, Japan and South Korea (but also NATO partners) to radically increase the cost of U.S. troops stationed there. The deal is going on while the two Far Eastern countries are buying significant amounts of U.S. weapons, especially due to the growing military threat from China and North Korea.

The big question is to what extent Biden wants to maintain continuity and how he will shape his relations with the Korean Peninsula and the also new Japanese government. Kim Jong-un’s country, drowned in economic troubles, would require financial support rather than the expected increase in human rights criticism. But it continues to develop its nuclear weapons as its only guarantee of security.

The new U.S. administration will also have plenty to do in the waters of the Far East. Tensions in the South China Sea are unlikely to subside. China is spreading in silence, and America, especially in the countries affected by it, is trying to counter the growing Chinese military presence by relying on allies. To offset this, Beijing wants to forge an economic alliance involving all the countries of the Association of Southeast Asian Nations (ASEAN).

Some observers say this new “Comprehensive Regional Economic Pact” (RCEP) is also more conducive to China’s global push. The fifteen countries’ agreement, signed in mid-November as a result of eight years of negotiations, was described as the world’s largest free trade agreement to date. In fact, participants make up a quarter of the globe’s population (about 2.2 billion people) and they create about 30 percent of the world economy’s output. In addition, allies in the United States such as Japan, South Korea, or Australia are also participating. That is the states that, along with China’s main regional rival, India, Washington wants to chain more closely as part of a new strategic quadrangle.

It is memorable that during Barack Obama’s presidency, he was (would have) sought to involve China’s rivals in the Pacific Partnership (TPP). He would have missed Beijing from all this. Partly to counteract this, President Xi Qing, who had strengthened his power, initiated the unfolding strategic plan for “One Way, One Belt”.

As one of the first steps, Trump withdrew from the upcoming TPP collaboration. However, China has already become an important participant in the new RCEP agreement that has just been concluded. Meanwhile, it was as if a “lonely America” had been born out of the self-proclaimed trump card policy of “America First” that chose a unique path and perhaps sought to shut itself off.

The Hardest Walnut for America: China

There is little chance that the rivalry between the world’s two leading economic powers will weaken in the next period. Joe Biden has not explained on more than one occasion that the United States needs to stay tough on China. Tariffs on Chinese goods inherited from Trump’s trade war are not expected to be abolished by the new president soon. (If at all. After all, it could also be a kind of bargaining chip.) Washington will be very sensitive to the activities of high-tech sectors, especially where developments in the Chinese military may be threatened.

Systemic confrontation on the ideological front is also intensifying. It is likely that elements of American propaganda such as the Chinese Communist Party will be responsible for all wrongdoing. Xi Jinping, who seems to be strengthening himself, was mostly mentioned in official trump announcements, not as president of the state, but as the monarch of the party.

In his summary “farewell tweet,” Mike Pompeo even mentioned that the Trump administration “put an end to the erroneous American policy of reconciling and embracing the CCP. We can no longer ignore the political and ideological differences between freedom and tyranny.” (Source: Twitter)

Of course, the revelations of the Hong Kong Homeland Security Act or human rights atrocities against the Uyghurs are expected to continue after the election campaign ends, and apparently, the new Washington diplomacy will also support Taiwan’s military security support. (It does not suggest a positive breakthrough that Katherine Tai, a Taiwanese-speaking Chinese-speaking native, has become Biden’s government’s chief trade minister.

The incoming U.S. president has repeatedly stated that he will work closely with Washington’s allies and friends. The goal is to be able to counter China’s breakthrough – in Beijing, this response is logically interpreted as a “series of actions to encircle them”. Not unreasonably.

As a strategic counterweight to China, Washington has for some time been forging closer ties with India, the world’s most populous democracy. The South Asian giant, who previously (also) winked at the Soviet Union, is already concerned about the spectacular development of Sino-Pakistani relations. Both Trump and Narendra Modi’s populist rhetoric fit well with the emphasis on “Beijing threats”. In October, Washington and New Delhi even concluded a military agreement on reciprocal access to sensitive satellite data.

The sharpening rivalry between the United States and emerging China will continue, as will the emphasis on the continuity of American policy. That’s why it was striking that even during his presidential end days, Trump tried to make it harder for his successor to change the tone. In his swan song, his trade minister announced that they had added new companies to their blacklist that threatened U.S. national security, perhaps fair competition. Trump immediately signed a law that could exclude Chinese companies from U.S. stock trading. It is hardly a coincidence that almost sixty-seven of the seventy-seven companies registered are Chinese! Moreover, as a kind of final revenge, the former gnashing president has set fire to nine more Chinese giants, like Xiaomi or CNOOC, which is expanding in the oil industry, after Huawei, TikTok, or WeChat.

Recent restrictions in Washington (supplier ban on Chinese semiconductor and wire companies, tightening export licenses) only reinforce the trend that the U.S. economy may have posted rather heavy losses in the deficit-reducing trade war advocated by Trump. Oxford Economics estimates that 245,000 U.S. jobs could have been lost. And over the next half-decade, it could slash US GDP by as much as $ 1.6 trillion. (Source: Reuters)

As both the former and present U.S. administrations see a threatening adversary, perhaps an enemy, in both China and Russia, the forced rapprochement of the two – in many areas rival – Eastern powers could lead to further strengthening of their partnership.

The trump card election promises of great foreign policy successes have gradually died out in the Asian wilderness. Whoever lives in the White House, American-Chinese rivalry remains a determining factor in global politics and the world economy. The Biden administration, which promises partly continuity but definitely a more sober voice, will have a lot of trouble with it.

Is India-China Border War is a Navigation for World War IV?