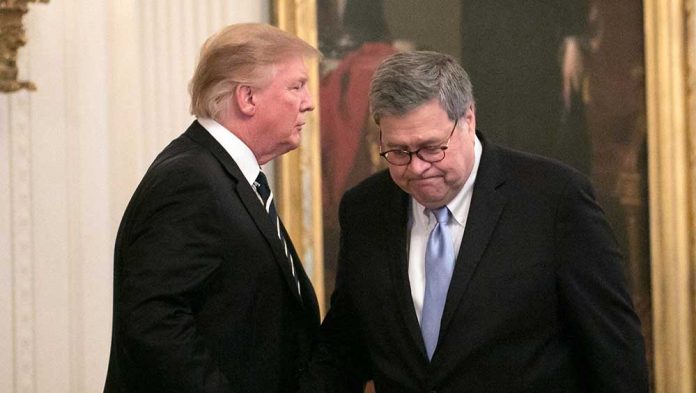 Donald Trump might be the most annoying and disgusting US president ever. With countless accusation over sexual harassment, policy fabrication and foreign election interference, he has always been in media discussion.

Recently the US attorney general William Barr has denied Trump’s order regarding the Ukraine call. Though Donald Trump has denied this allegation on his twitter but various sources has confirmed Trump’s asking to Mr. Barr.

Bill Barr did not decline my request to talk about Ukraine. The story was a Fake Washington Post con job with an “anonymous” source that doesn’t exist. Just read the Transcript. The Justice Department already ruled that the call was good. We don’t have freedom of the press!

On last Wednesday, Washington Post reported mentioning that a Whistle-blower confirmed Donald Trump’s discussion with Ukrainian President Volodymyr Zelensky over phone call on 25th July. It came to light that Donald Trump suggested Ukrainian president to run an investigation against former US Vice President Zoe Biden and his son Hunter over the House’s Impeachment inquiry. Despite Trump’s recommendation, 25 July phone call transcript was released and Barr and the department of Justice was involved reportedly.

Right after the readout was published Trump directed Barr to hold a press conference so that Barr can exonerate him in public regarding the Trump-Zelensky call. Yet Mr. Barr did not take any action depending of Presidents suggestion. So, did Mr. Barr declined his command?

Well, though there is no hard evidence on Tramp making request to Barr but multiple sources have conformed. On a tweet Trump further denied the accusation saying “Never happened, and there were no sources!” Donald Trump has also claimed that some lowlife reporters from Amazon Washington Post has made a fiction about him and Barr saying that Washington Post is a garbage newspaper.

The Amazon Washington Post and three lowlife reporters, Matt Zapotosky, Josh Dawsey, and Carol Leonnig, wrote another Fake News story, without any sources (pure fiction), about Bill Barr & myself. We both deny this story, which they knew before they wrote it. A garbage newspaper!

What Did Trump Say to Ukrainian President?

As the New York Times and Washington Post has referred that Trump was telling him that his two attorney Rudy Giuliani will call him and Mr. Barr will join shortly. So, what was that about? It was about investigation on Biden.

What Does Barr Has to Say on This?

William Barr has always been backing Donald Trump and he is still silent about this matter. On the other hand, Giuliani’s role in this investigation was pretty clear but Barr’s position was rather hazy. Nonetheless, AP has mentioned and reported that Barr was very surprised and angry about this issue because his name was taken along with Giuliani on this shadow foreign policy.

So, on this topic we might have some question that if Mr. Barr has denied Trump’s request? A lot of evidence showed that Trump commanded Barr to clean his mass on this 25 July call. But unlike the former attorney general Jeff Seasons, he has been silent even though his prestige is under threat. So, it could be said that Barr is backing and hiding Trump’s shit more than his former attorney general did.

It is not just a merry guess rather there is evidence that Trump said, Jeff was not doing enough to save him from Mueller investigation. Barr is also looking after some other investigation those might grill Trump including Russian investigation on bias and overreaching by law enforcement during his 2016 election. So, it is pretty clear and open in the public that Barr has been and is protecting Trump from various accusation and investigation.

But he did denied involvement of himself in this call. And as a matter of fact, he is denying the president and may he be not going to back him in this matter. Therefore, there is much discussion over the future of William Barr in the department of justice. As happened before, Donald Trump wrath may cause him fired from the department but if he held a press conference and save Trump’s ass on this Ukraine matter, he might save his job.