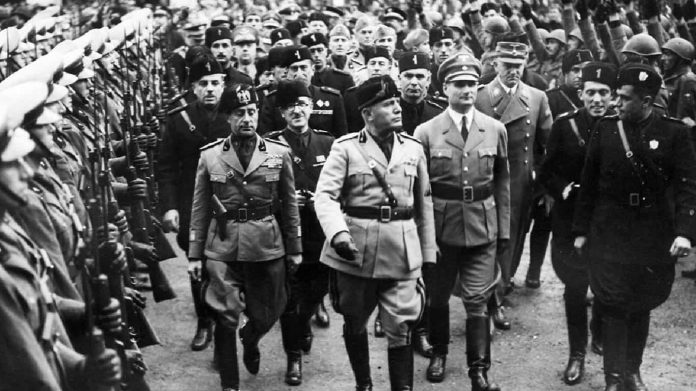 Political, socio-cultural and historical factors that favoured the rise of fascism in Mussolini’s Italy in the postwar period was a country torn by serious internal conflicts, mixed with political and social turmoil. One of the minds that revolutionized a slice of history that belongs to this great cake that is the world. He managed to condition lives, also contributing to the extermination of his alliance with Hitler. One of the most powerful and crazy men that Italy has had in power.

In this framework, a movement emerged that influenced the history of a better part of the twentieth century. Fascism, whose undisputed leader was Benito Mussolini who embraced a policy of violence and aggression. Despite this, Mussolini’s party gained growing support from the middle and upper classes. Though they were frightened by the possible outcome of a revolution similar to the Bolshevik one.

At the same time, Mussolini drew up a moderate program to be presented in the elections in which Giolitti aimed to use the fascist party as a strike force against the extremisms of the popular front. But, in fact, the head of the government recognized fascism as a political force. Furthermore, thanks to effective government tactics and squadron violence, the movement progressively obtained the consent first of the industrialists, then of the Holy See which leads to the later rise of fascism. With which the party signed the Lateran Pacts, and finally of the monarchy with the support of King Vittorio Emanuele III.

On the occasion of the March on Rome, the king was the one who indisputably favoured the rise of fascism and Mussolini’s government. In fact, he refused to sign the state of siege following the invasion of the capital by the fascists in 1922. As a result, the Facta government resigned and left the field free to the fascist leader.

The new governmental plan aimed to the objective of annihilating socialists and communists and this was made possible by the “Acerbo” law which guaranteed a “majority vote” to those who in the elections had obtained at least 25% of the votes. Discrimination against minority forces was evident.

In the elections of ’24, in which violence and beatings occurred. Fascists presented themselves flanked by liberal exponents, forming the so-called “plank” which obtained the majority. Subsequently, the socialist leader Giacomo Matteotti officially denounced in Parliament. The electoral fraud and the bribes that Italy received from France and the United States, sparked the violent reaction of the fascist squads from which he was kidnapped and assassinated.

This indignant act caused the removal of political forces from Parliament who asked for the king’s intervention. In fact, they left power in the hands of fascism. This was a very serious institutional error that marked the beginning of the dictatorial regime. It was characterized by the assumption of full powers by Mussolini and the suppression of all political and social freedoms.

The totalitarian state endowed itself with an efficient organization capable of “fascistising” all of Italian society. The task entrusted to the National Fascist Party, and of regulating economic policy. The latter was the field in which the war was the only way to revive the country’s economy. From this moment on, the foundations of the now inevitable world conflict will gradually be laid.

The Birth of Fascism and Formation of Mussolini Government

The first origin of this movement dates back to March 1919. At that time, Benito Mussolini, a former leader of the Socialist Party expelled for his interventionist positions. He founded the Fasci in Milan, a movement that brought together ex-combatants, ex-revolutionary syndicalists and ex-republicans.

According to the program of Sansepolcro, the fasces presented themselves in the elections of November 1919. They also obtained 5,000 votes without obtaining any seats.

The Sansepolcro program included universal suffrage, the replacement of the republic by the monarchy, tax reforms, the reduction of the working day, and some strongly anti-clerical elements. But it was precisely in this program that the violently anti-socialist and anti-worker inspiration was understood, which then took place in political action.

After the electoral failure of 1919 a strong “agrarian” fascism and the fascist squad was born. The agrarians supported and financed the fascist. The “action squads” went around to strike and silence the trade unions, the labourers’ associations and the socialist organizations.

In 1921, with the political elections in May, Mussolini faced the two great mass parties: socialists and Catholics. At the head of the liberal party was Giolitti who in reality hoped to be able to outcast fascism by reducing its powers.

In this way, however, the Fascist Party is essentially legitimized. In fact, 35 Fascist deputies entered the parliament, including Mussolini himself. The fascists presented themselves as a solution against the “red danger” to justify their action and to increase the area of ​​consensus. The liberal government thus enters a crisis. In June 1921, Giolitti resigned from the presidency of the council. His resign caused an immersing situation of increasing street clashes, illegality and violence. The fascist movement became strong and was transformed in November into the National Fascist Party.

The king, after a brief crisis, charged Luigi Facta to form a new government. Facta, at the head of a coalition of popular liberals, held the government amidst many difficulties until October 1922.

Since neither the Italian Socialists were able to remain united, nor the Catholics and the Liberals managed to find a point of agreement, in 1922. Eventually, the congress of Naples of the national fascist party was taking place. On that very moment ” March on Rome ” was organized. March on Rome took place in order to force the king and parliament to accept the fascist requests.

Prime Minister Facta asked the king to have the army intervene. But the king refused with a fear that the army would not obey or that a civil war would break out. And Facta became completely powerless to face the situation and resigned.

Finally, on October 30, the king commissioned Mussolini to form a new government. Thus, was born a coalition made up of liberals, popular Catholics and fascists. After the formation of the fascist government, rest is history. 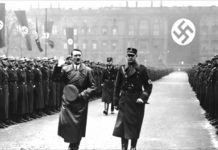 History of Nazism in Brief: How Did German Holocaust Take Place?