9 Most Mysterious Historical Places in Turkey

These are the most Mysterious Historical Places in Turkey 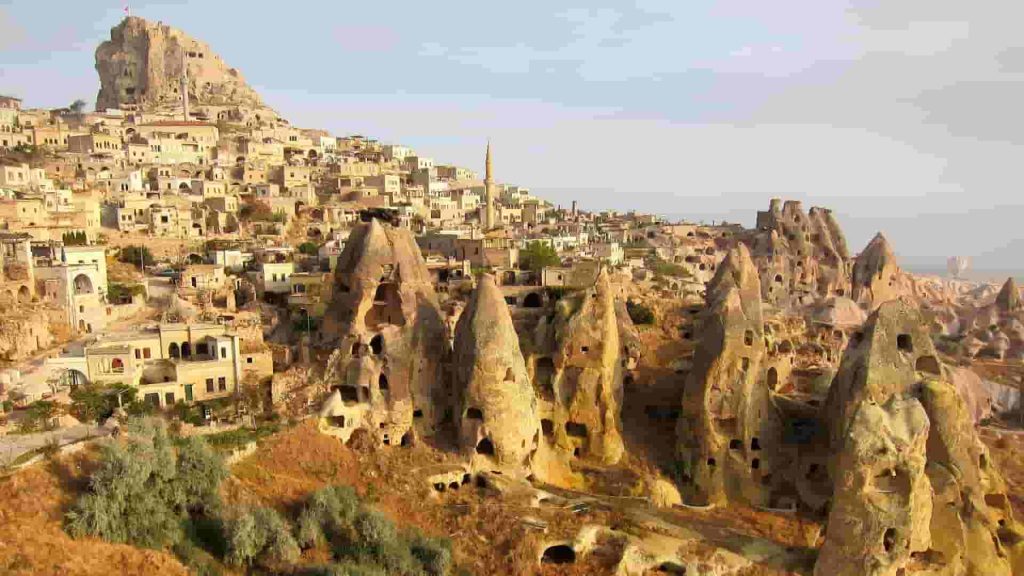 This is one one of the most wonderful and popular places in the world for Hot-Air-Ballooning. The ancient city goes back to the old bronze age and was the population zone of the Assyrian civilization later has hosted the Hittite, Frig, Pers, Byzantine, Seljuk and Ottoman civilizations. The volcanic erosion formed a huge tableland from the volcanic tufts and together with the erosion of the Kizilirmak river and wind over ten thousands of years there appeared the chimney rocks which are a wonder of the nature. The history says, at the time of roman empire the first Christians escaped the persecution and settled in this city. They built this underground city and with that they also established all the living felicities and were able to escape the roman soldiers. After you visit this place, it will surely arise curiosity about the mysterious historical story behind the place. Now this place is seen ass the haven for hot-air-ballooning and cave dwellers.

The newly discovered Gobekli Tepe continues to reveal its mystery. Archeologists are still discovering the place every day and reveling its puzzling history. Until now they have found 15 mega monumental temples and 200 obelisks in Göbekli Tepe. This world heritage site is located in the Germuş Mountains of south-eastern Anatolia and goes back to the Neolithic age between 9,600 and 8,200 BCE. Currently there are four monuments ready for visitors and many are under the excavation which may continue another 150 years to discover.

This ancient Greek city was founded as a port, located near the River Kaystros, this Hellenistic and Roman settlements founded on new locations, which followed the coastline as it retreated westward and presently located in Selcuk, Izmir Province. Excavation has revealed that there were various monuments including the temple of Artemis which is considered as one of the “Seven Wonders of The World”. The place contains another popular destination called the House of the Virgin Mary, a domed chapel seven kilometres away from Ephesus which has become the most visited place in the Mediterranean by Christian pilgrims and to those who love exploring historical places.

Perge was an ancient city in Anatolia in Modern Turkey, established approximately 13th century BC and it was one of the most important and cultural city in the ancient Pamphylia. The history of Perge is enriched with its extravagant glory of philosophical and astronomical advancement with its renewed son Apollonius, a mathematician and an astronomer who  gave the ellipse, the parabola, and the hyperbola, the city was also famous which we know from ancient mythology as the sactuary of Artemis. This beautiful historical site is a wonderful place to explore and have the scent of an ancient modern city.

Like other mysterious historical places, Mount Nemrut is also an outstanding site to visit, this ancient monumental site belonged to the Commagene, a small, independent Armenian kingdom that was formed in 162 B.C, presently located in the eastern Taurus mountain range in southern Turkey, near the town of Adiyaman. Most interesting fact about this place is its first king Antiochus I who claimed descent from Alexander the Great from his mother’s side and Darius from his father’s side and also claimed that he had good connection with gods and goddesses.

This is the monastic site of Cappadocia which has many temples built side-by-side and is about 15 minutes walking distance from Goreme village center.  This museum contains eleven refectories with rock-cut churches with tables and benches made by rock and most of the churches in Goreme Open Air Museum belong to the 10th, 11th and 12th centuries.

Myra is one of the most mysterious historical places which is considered to be one of the most important monuments. It was the metropolis of Lycia in the early Christian times, it is also believed that this was one of the most important towns among the Lycia region. The town was the capital of Lycia region in 4th century AD and also have evidence that some of the part of the town was built in 5th century BC. The town contains an impressive necropolis including tombs of rulers and family members and an adjacent large Roman amphitheater with 35 consecutive rows of seats. In 4th century St. Nicolas was the Bishop of Myra who wanted to wipe out paganism in the region. Despite its booming growth the city started declining after Muslim incursions into Anatolia.

This ancient site was known as Lebessos and Lebessus and later called as Livissi is a village 8 km south of Fethiye in southwestern Turkey in the old Lycia province. This deserted abandoned city is sounded by beautiful beaches and yacht-filled harbor at Olu Deniz. In 1700s the city was built and was the home of more than 20 thousands Greek orthodox in early 20s but First World War and collapse of Ottoman Empire forced them leaving behind the beautiful city. The city is full of history devastated by World War I and the visitors can enjoy the both 1700s architecture and the cruelty of the war.

The name of this ancient place gives a hint that this is the city of love and temple of Aphrodite, the love goddess. This ruin gets most attention, because we all are curious about the mysterious historical places and especially the myth of Greek gods and goddesses.   when it comes to ancient sites of Turkey, this archaeological site was established in early Bronze age (2800 BC) and located in east of Selcuk and west of  Pamukkale. The city was very famous in 8th century BC and was full of Pilgrims came to pay homage to deity of love Aphrodite. But the city declined when the Christianity began to thrive because of lack of pilgrims money.

Why You Should Travel to Dubai?

10 Most Beautiful Hiking Trails in Europe

Explore the Most Romantic Islands in Thailand