Isreal: The Only Nation with “Law of Discrimination” ?

Kamruzzaman Saif
September 23, 2018
It is hard to believe that there is any democratic nation with a law of discrimination for its citizens depending on their religious and ethnic background. The dispute between Israel and Palestine is being continued since 1948. And it was extremely hard for non-Jewish citizens to live in Israel but Israel did not have a law that discriminates its non-Jewish citizens with legal procedure.

What the law says?

The Knesset passed a new controversial bill of apartheid last month which states:

1.The right to exercise national self-determination in Israel is unique to its Jewish citizens only.

2. The law downgrades Arabic to a special status and establish Hebrews as the official language of Israel despite the fact that Arabic is widely spoken among its Arab Citizens.

3. And it gives value to the Jewish development and settlement and also encourages its settlement to continue.

This new bill is the legalization of its previously done brutality over non-Jewish citizens and the law empower the nation-state to force out its Arab Muslims and other religious minorities from the occupied lands.
The law also says it will work on only Jewish safety and its culture which indirectly says that Israel will not focus on its non-Jewish citizens. The bill also establishes the affinity between Israel and the Jewish people who eventually denies any relationship with non-Jewish people.
Prime Minister Benjamin Netanyahu states after the passing of the law that “it is a defining moment in the history of the state”. The statement was published in the front page of Israel Hayom, which is considered as the Fox News of Netanyahu. On the other had the leader of the Coalition of Arab Parties, Ayman Odeh gave a statement saying “Israel has passed a law of Jewish Supremacy and told us that we will always be second class citizens. Regarding the law, Palestinian, liberal American News and many Israelis denounced the law as racist and undemocratic. 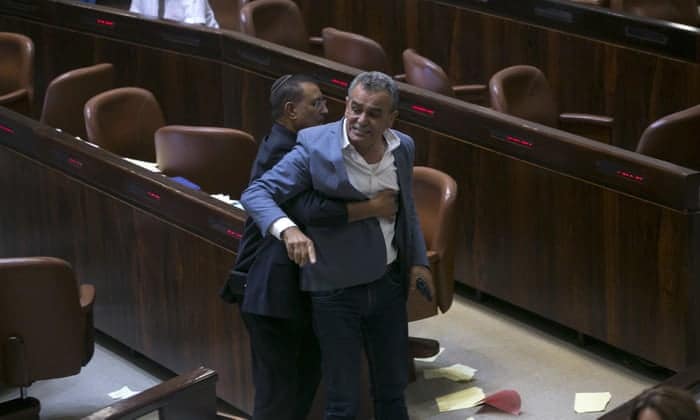 After the Holocaust Israel’s foundation was a major drop down for the Arab Muslim and its other ethnic minorities. The Jewish claim of Israel as the land if their descendants has left Palestinian into a massive dispute and forced 7 hundreds of thousands to leave their fatherland. The Nakba started in 1948 with a Zionist movement with the vision of independent Jewish nation-state. Now the vision of Theodore Herzl has been established with this law of apartheid.