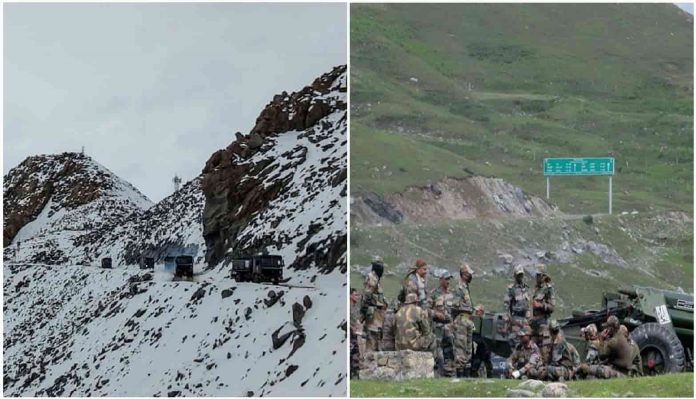 From attending to weapons, these have been maneuvers for the future war, according to the famous premonition of Albert Einstein, repentant of his nuclear fervor to stop Nazism: “I do not know what weapons will be fought in the Third World War, but the Fourth it will be with stones and sticks ”. (Source)

The incident in the Galwan Valley, on the western border between the two countries, in the Himalayas, is the most violent. In response, the public was one of shock. Protesters burned effigies of Chinese President Xi Jinping in different parts of the country. On social networks, there were calls to boycott products from the neighboring country. Famous columnists called for a forceful reaction from the Modi government. The two countries accuse each other of violating the consensus that had been reached to solve the new round of skirmishes that occur periodically in the disputed areas along the shared border of some 3,500 kilometers.

It is not the first confrontation that occurs in the Galwan Valley, located in the Ladakh region, between the armies of the two most populous countries in the world, China and India. Both are equipped with nuclear powers and according to the official report, China has 320 warheads, while Indian has 150. Since the open war of 1962, it is the most serious in casualties. Though the number of casualties is controversial yet we came to know that 35 Chinese soldiers are dead and 20 Indians. This small yet dangerous war began in the same settings and for the same reason as of 1962. There is a secular disagreement on borders that expresses nationalist irredentism of each of the two parts. In the 1962 war, neither of these neighboring nations owned nuclear weapons.

Mao Zedong was in command in Beijing and Jawaharlal Nehru in New Delhi and it was a regulatory war, which ended as a humiliating defeat for India. India lost 1,383 of its soldiers and 1,696 disappeared. There are now orders to wage war at hand, but are we going to see the fourth World War. Oh, I have skipped the third World War right? Third world war already happened and this is considered to be the so-called war on terror and cold wars that are constantly encountering.

In the midst of a pandemic, reigniting in China and severely affecting India, the expansionist instincts continue to act equally in both fields and do not resist testing the resistance of the adversary. Although fortunately, they start the escalation in the most below the threshold.

There has never been a consensus between Beijing and New Delhi on the delimitation of the 3,488 km border between valleys and peaks of the highest mountains on the planet. China operates in the Himalayas with the same technique of surreptitious occupation that it uses in the crags of the South China Sea. It is based on the rejection of the borders prior to the founding of the People’s Republic, identified with the imperialist treaties imposed by force.

Without bilateral consensus and with colonial maps in hand, India has historically made good returns from the status quo instead, she loses her strength when it is she who questions him. This fight at 4,000 meters of altitude is the legitimate daughter of the suspension of autonomy and disintegration of the State of Kashmir last summer, when Narendra Modi, the hardcore Hindu nationalist, wanted to apply his nationalist program to the only region with a Muslim majority. In open violation of the constitutional law, Modi actually did show this masculinity. He then stripped the Ladakh region of Kashmir deprived of its self-government and made it the bait desired by China. It counted on the passivity of a weakened Pakistan, the historical enemy. But it seems like India has stumbled upon the third in discord, in full affirmation of its power over its borders and territorial waters.

The Stone Age battle between these two neighboring nations is not the skirmish of an upcoming world war, not even an Asian one, but it does point to the territory where danger is around, as also demonstrated by the growing tension between the two Koreas. As Trump is seeking to be elected again asking help from China, it is to see what reactions Us has regarding this high voltage tension between these two rivals.