Liberal multiculturalism developed based on the work of Charles Taylor and Will Kymlicka has set itself the objective of defending the rights of socially discriminated minorities and of promoting community diversity. This drift had serious consequences. On the theoretical ground, it has distorted liberalism by diverting it from its first and fundamental meaning. Respect and the development of individual subjectivities, at the practical level, it has favoured the rise of violence and arbitrariness in social relations, by dividing society into multiple community chapels which clash to collect collective wealth.

The notion of communitarianism starts from the idea of ​​characteristics, interests or values ​​shared in a sufficiently important way to homogenize individuals within a collectivity and to attribute to them of their own identity, such as blacks, women, homosexuals, Muslims, etc. But we too often forget that community inclusion finds its logical reverse in a principle of exclusion. A club that would only accept individuals labelled as whites implies that blacks cannot join and vice versa. A gathering of women around their single-gender identity would mean that men cannot associate with it, etc.

When a community identity card is issued to individuals, the idea of ​​segregation and privilege is necessarily introduced into society. It does not matter whether the designated communities accept new members or not, and under what conditions. The aim is always to reserve specific advantages for a group which the rest of the population lacks; or, conversely, to negatively discriminate against a set of people by shared attributes to justify their exploitation. In other words, a community, by attributing to itself, certain privileges, is only created in opposition to another, that which does not benefit from it. A type of exchange involving group membership prohibits outside members from participating.

“Communitarianism nourishes communitarianism, through a principle of reaction which contaminates the entire social body. This mechanism explains the rise of the identity claim that we find at the heart of the “recognition policy”.

Effect of the Unintended Consequences of Discrimination

By perverse effect, individuals who, initially, are never perceived as socially united, in turn, acquire a sense of community because of the discrimination of which they are victims. The communalism feeds communalism, by a reaction principle, which contaminates the whole social body. This mechanism explains the rise of the identity claim that we find at the heart of the “recognition policy” theorized by Charles Taylor.

Many would like to oppose the principle of citizenship to communitarianism. National integration or nationalism would allow inclusion without exclusion. You can be American or French while being Muslim, woman, homosexual and thus belong to as many communities as you want. But the argument misses its mark. Because community exclusion does not mean the prohibition of belonging to several groups, but simply that the specific advantages (that is to say the privileges) allowed by belonging to a certain community are reserved for its members only.

Thus, countries allow their citizens to benefit from several nationalities at the same time. But in the national space, any citizenship excludes taking advantage of the privileges offered by another. In the territory where the authority of the State is exercised, for example, being French means giving up rights conferred by other nationalities, for example, that of having several wives or even to wear the full veil in a public place. Conversely, exercising their right to blaspheme abroad does not protect French nationals from legal proceedings initiated by other countries of which they are also citizens.

In short, if two national communities offered each other access to their privileges, they would become one. National inclusion is therefore no less exclusive in principle than other forms of communitarianism.

In human relationships, only exchange creates mutually beneficial relationships. The people whose fate matters to us in practice are only those with whom we interact. And the more the exchanges with them are developed and numerous, the more their fate affects us because our own well-being depends on their existence or their conservation as partners. On the other hand, our affection, our emotional commitment to these same people diminishes as the exchanges with them decreases. It is therefore only the exchange that produces concern for others and the social bond. The rest is just talking.

However, the exchange is necessarily an exchange between individuals. When people practically get along with each other, appreciate each other, it is always because of their personal characteristics, never collective identities which are nothing more than social constructions and not an epistemological reality. In fact, we do not exchange with an American or a Muslim, but with a person who interests us because of their individual particularities. There are no strictly interchangeable human beings. An actor who presents himself to others as a white cannot interact with a black and vice versa. To do this, he is obliged to take off his community cap to simply become an individual transacting with another individual.

The mutually beneficial relationship between the parties associated with the exchange disappears when the group identity is substituted for the individual identity in human relationships.

Hence, the mutually beneficial relationship between the parties associated with the exchange disappears when the group identity is substituted for individual identity in human relationships. When people see themselves as “communally” their interest clashes with that of members of other groups excluded from their privileges. Conflict necessarily follows. Within our communities, discrimination is a painful reality. But it is never to an individual that one refuses a job or an accommodation, but to a black, a foreigner, a woman, a homosexual, a Muslim, a Jew, that is to say to someone. ‘one designated by a community identity. Communities never interact with other communities. They clash. Social actors who got along well as individuals are likely to become the world’s worst enemies when they define themselves as members of different communities, as in the former Yugoslavia, Rwanda or Lebanon. Therefore, defending multiculturalism or “differentiated citizenship” (in Kymlicka’s term) amounts to fracturing society by necessarily generating antagonism between members of opposing groups.

We can accept the idea that the notion of the community originally described a space of exchange. In primitive and pre-industrial societies, we were born, lived and died in one and the same place. All the exchanges took place only inside the considered space and the information specific to this place did not cross, or only slightly, its borders. No member from outside of this narrow circle could therefore benefit from it. But today, in a world where population flows are increasing, where the circulation of information is global, these natural barriers to entry have obviously disappeared and the communitarian reference has not only been decoupled from the society of exchange, but it has become its main force of opposition. When a community comes again to designate a space of relations limited to its members only, it is because other “tribes” have negatively discriminated against it by artificially preventing it from accessing their own spheres of exchange; or conversely, it denies external individuals the freedom to enter into contact with it.

The relationship between individuals stamped communally is not exchanged, based on the mutual interest of the parties, but the privilege of one over the other.

Society, unlike communitarianism, cannot replace the individuals who constitute it as a mental category. Rightly, no one today dares to speak of a “global society”. Because everyone keeps in mind that the world is divided between different national communities which, in the final analysis, only coexist through a balance of forces. By the same logic, it would also be advisable to avoid describing the national space as an “intercommunity society” because the relationship between individuals stamped communally (by gender, ethnic, religious or sexual affiliation) is not the exchange, based on the mutual interest of the parties, but the privilege of one over the other.

In fact, the mutual respect which officially justifies their cohabitation is only a simple varnish that covers agreements of exploited communities to better defend themselves against those who discriminate them, or, conversely, coalitions of exploiting communities to strengthen their domination. This displayed spirit of concord disappears at the slightest reversal of alliances and games of interest. In the United States, open conflicts are erupting more and more with the “policy of recognition” of new communities which claim for themselves privileges which can only be granted to them by withdrawing them from others. 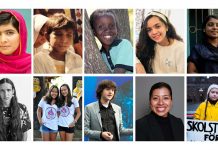 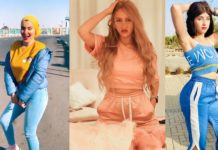 Be Cautious, In Egypt, Dancing on Tiktok Can Put You in Jail