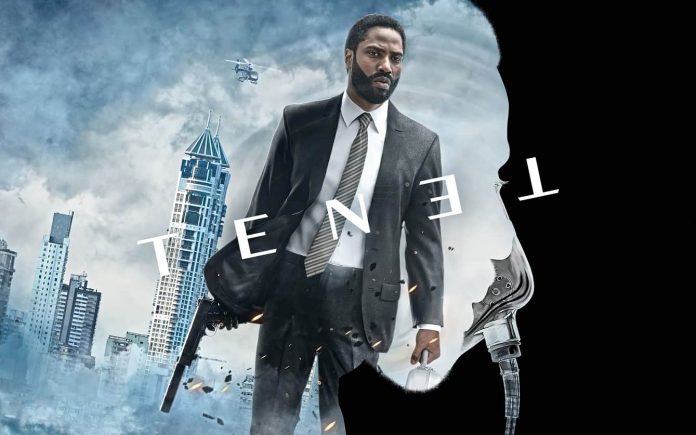 The Story: The movie is Armed with just one word “Tenet” and fighting for the planet’s survival, the Protagonist travels through the shadowy world of international espionage on a mission that will unravel something beyond real time. This is not a time travel. But an inversion.

“Tenet” is not the film saving the film industry or the revolutionary work that many predicted. Despite the “hype” due to being a Christopher Nolan film, it is very enticed by the enigmatic secrecy that usually involves in most projects.

But it is a great starting point. Made on the IMAX scale, it is a monumental attack on our senses. The propulsion throughout the film is evident, marking us at the physiological level, whether due to the vibration of the room, the result of the distortion of Ludwig Göransson’s soundtrack, or the chaining, of the cold and dazzling light of Hoyte van Hoytema’s cinematography.

Extravagant, Nolan plays all his sensory tricks, trademarks and refined in his latest films, through scenes using practical effects. They may surprise by the narrative simplicity, but the visual concept hidden in the word TENET, a palindrome, is the differentiating factor.

In “Inception“, Nolan used the structure of the “assault film” to manipulate the mind, dream, and memory. But in the case of “Tenet”, it articulates in his narrative of the “espionage thriller” which focused on the manipulation of time. More specifically, it’s an inversion.

The Protagonist (John David Washington), is an American agent recruited to prevent an Anglo-Russian oligarch (Kenneth Branagh) from activating World War III. The twisting factor that we always see in Nolan’s film here, he does not know but will know and maybe even already knew. It is that by reversing the flow of entropy, it is possible to invert the time flow of an object. And so, accessing a dimension where objects move both forward and backward in time, and alter the final outcome of the world.

In other words, this is like a story that combines the aesthetic uprightness of James Bond films with the “Eisensteinian” dreams of physicist Alan Lightman. Along the way, The Protagonist meets strategically placed characters. It is part of an intricate puzzle that exists to provide you with answers and scientific theories. And this is the error in Nolan’s equation. The entire narrative is muffled by “fireworks” and panache, actors like Robert Pattinson, Michael Caine, or Elizabeth Debicki are of little use, adding no dimension and empathy.

The director’s focus is the foundation and visual application of his concept. It encourages us not to question the rules of his physical theory. We should know that Christopher Nolan is again supervised by physicist Kip Thorne, asking us to “have faith in the mechanics of the world” and to immerse in this principle that involves mathematical patterns and symmetries.

So, right from the start, given the paradox and the probability of eternal irresolution, we know that certain events will remain unclear. So, we take your encouragement and accept what scientist Laura (Clémence Poésy) tells us: “Don’t try to understand. Feel it.”

And to feel and agitate, as we have already seen, the director is a master. He creates illustrations of the palindromic idea in scenes such as an inverted “bungee jump”, a car chase where some advance and others retreat, bullets moving inverted through the air, one hand-to-hand combat where opponents fight across different timelines, or the infamous implosion/explosion of a true Boeing 747.

Inventive and challenging to reveal technical execution, we have no doubt that these moments will be richer with each new visualization. “Tenet” turns out to be Christopher Nolan’s most conservative film, but manipulating time in the cinema is always synonymous with spectacle. And in the hands of the British director, it is a visual, cerebral, and explosive enjoyment. 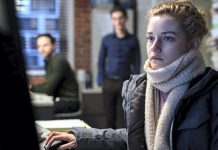 The Assistant Review: A Bold Approach to the Flawed Film Industry and MeToo Movement